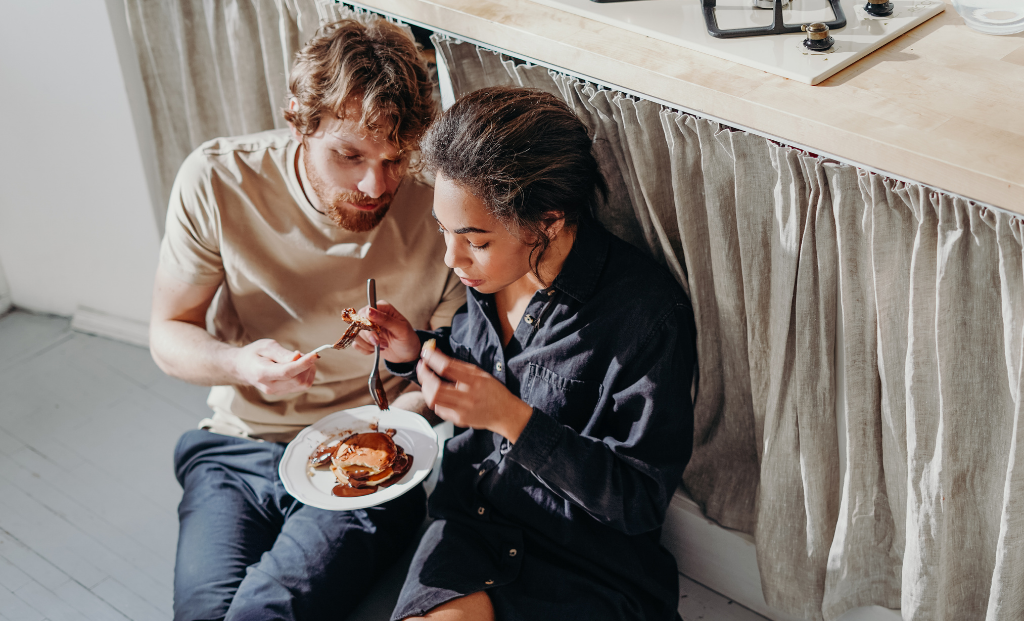 Did you know that the average person spends two-and-a-half hours a day eating, but what’s more, half of that time we’re also doing something else. We’re working, driving, reading, engrossed in our favourite TV show, or scrolling through social media and because of this we’re not fully aware of what we’re eating. And this mindless eating—a lack of awareness of the food we’re consuming—may be contributing to obesity and other health issues.

So what is Mindful Eating?

‘Mindful eating’ simply refers to eating with present moment awareness – from the time you buy it, prepare, serve and consume it. Practically speaking, it involves eating in a calm and relaxed fashion and giving your meal your full attention such as noticing the colours, smells, flavours, and textures of your food as you eat.

Not really something new

Although this term has only recently started to embed itself into mainstream vernacular, some elements of mindful eating actually date back to the early 20th century when the likes of Horace Fletcher, an American Dietitian claimed that chewing your food thoroughly would solve all kinds of health problems.

Perhaps Fletcher was way ahead of the game! Thankfully it seems science is finally catching up, with a small yet growing body of research suggesting that he indeed had a point. It is believed that eating while we are distracted may slow down or stop digestion similar to when the fight or flight response is triggered. It’s understood that poor digestion can have a myriad of consequences, but at the very least it means that we are missing out on the full nutritive value of the meal we are consuming. What’s more is that since it takes about 20 minutes for the brain to register that we are full, eating too quickly can result in us finally stopping once we have already too much than we should have.

The science behind Mindful Eating

When we eat while stressed, in a hurry, upset, or distracted, the sympathetic nervous system (fight or flight mode) is activated which subsequently decreases the digestion enhancing parasympathetic activity listed above. In fact, when our fight or flight mode is heightened, the body actually slows down or inhibits the digestive system altogether, because let’s face it, who needs to digest food when running for their lives? This mechanism makes sense when it is a lion we are running from, but not so much when it is simply our boss having a bad day and taking it out on us.

So not only does mindful eating improve our digestion, it has also been shown to heighten our sense of taste, enhance our enjoyment of food, and assist in losing weight.

Here are some tips for eating mindfully: