How Are You Restraining Yourself?

by Centred Meditation | May 22, 2017 | #getcentred, Centred Thought of the Week, Reflections | 0 comments 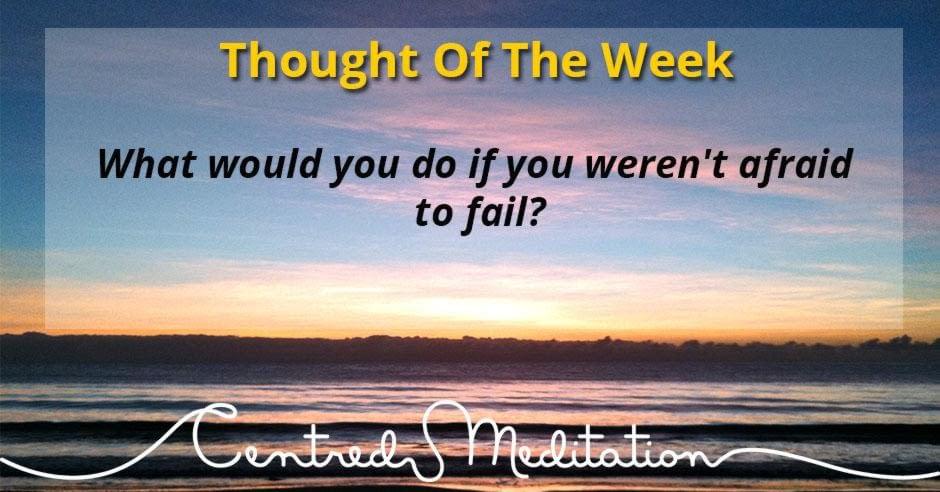 Thomas Edison (who invented the light bulb) once said: “Many of life’s failures are people who did not realise how close they were to success when they gave up”. Have you ever wondered if you sometimes play it a bit too safe in an attempt to avoid disappointment in yourself, disapproval from others, and/or rejection in general? This week, we’ve been exploring how our fear of failure often holds us back.

We started by uncovering what failure actually is and why are we so afraid of it. The Oxford dictionary defines failure as “the lack of success”. This obviously begs the question: what is success? We explored the notion of success in this newsletter last year, and concluded that each of us need to have a long hard think about what version of ‘success’ we are personally chasing and whether the criteria we have set up for ourselves is a) achievable and b) worth achieving in the first place.

Here’s what we think about failure and why we are so afraid of it:

A lot of the time, we are the ones in life who restrict us the most. Our overly high expectations, fear of failure, concern for what others think, and anxiety over uncertainty often give us the most amount of grief. We tend to work things up to be bigger deals than they are by making them mean all sorts of things that aren’t actually based in reality. The bottom line is, our minds will take us to all sorts of weird and wonderful places, until we eventually stop and take back the reigns. Then answer you gave to our question: “what would you do if you weren’t afraid to fail”… you’ll find yourself finally equipped to go for it!