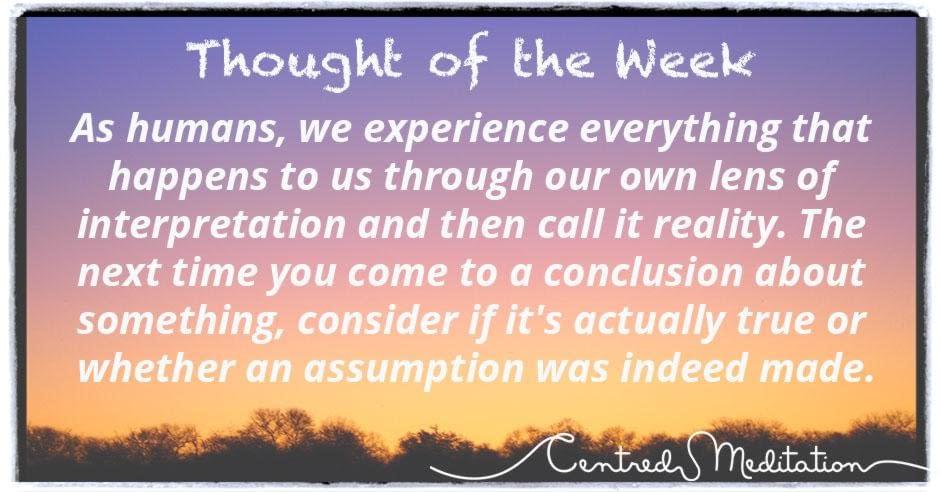 We spent the weekend on a transformational programme called The Landmark Forum. Wow – what an extraordinary experience. It is designed to bring about positive shifts in the quality of your life, and it certainly did that for us. We thought we would share with you this week one of the insights that we re-discovered whilst on the course…

As human beings, we all walk around with a bunch of stories in our heads that we have made up over time about ourselves, others, and the world. As such, we experience almost everything that happens to us through our own lens of interpretation and then call it objective reality.

Here’s a personal example of how this notion plays out. When we first opened our studio, some of our guests came to meditate and then didn’t come back. At the time, we took it to mean that they didn’t think our service was good enough. But that’s not what actually happened. All that happened is that they just didn’t come back for a bunch of reasons that they made up too. Full stop. End of story. We went ahead and made up a story as to why, without even asking them. 19 months later, we know that when someone doesn’t come back to our studio, it doesn’t mean that they don’t think our service is good enough!

Now explore this for yourself in the context of your own life….

So the next time you think something, consider whether the conclusion you came to is actually based in objective reality or not. And remember, when in doubt, just ask!