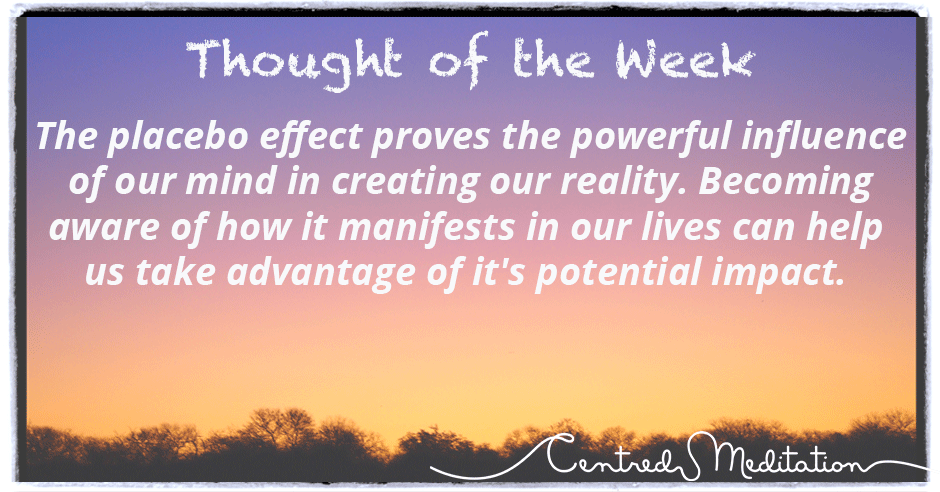 Typically, when you hear the term ‘placebo’, it usually comes with a somewhat negative connection. “It was just the placebo effect” is a common phrase you hear thrown around. The reason for it’s bad rap probably has something to do with the fact that the placebo effect is often gets in the way of those who wish to bring new treatments and surgeries into the medical world, such as those in the pharmaceutical industry.

The placebo effect is most well known for the tendency for people to improve when given a treatment that they believe will be effective.  So someone is given an inert treatment (saline solution, sugar pills, or some other innocuous substance) and their physiology shows real measurable improvements. In other words, their bronchi dilate, ulcers heal, warts disappear, blood pressure is lowers, and hair even grows back on bald men. This is pretty groundbreaking if you ask us! It’s concrete evidence that our body harbours innate self-repair mechanisms which can be initiated by our mind. i.e. proof that our mind can literally heal our body!

Unfortunately, there is a flip side to it too, known as the nocebo effect. Nocebo refers to detrimental effects that can occur to our health when we expect them to. So studies have shown that when some patient’s were warned about the side effects of a drug, they actually experienced those effects, even when they were only given an inert substance (fatigue, vomiting, ringing in the ears, and memory disturbances were among them). i.e. proof that our mind can harm our body!

How about outside of the medical arena? Well, research has shown that our preconceived beliefs about a product also has the potential to alter our brain chemistry. For instance, brain scans revealed that thinking a wine was higher quality changed the level of activity in the brain’s reward centre when some people took a sip making it actually taste better. Experiments also showed that some people who stood in powerful poses for a minute or two, had similar hormonal changes to people who were given actual power and authority over another person, and they exhibited the same sorts of behavioural changes.

The bottom line is, our mind is pretty damn powerful. It can be scary when we realise the enormous influence of our non-conscious mind on our thoughts, feelings, and behaviours (like we did last week), but pretty empowering when we focus on the potential positive power of our conscious mind in altering our reality, as with the placebo effect. As always, our recommendation is to start with bringing awareness to the expectations that exist in your mind, and the correlation this might have with their eventual outcome.