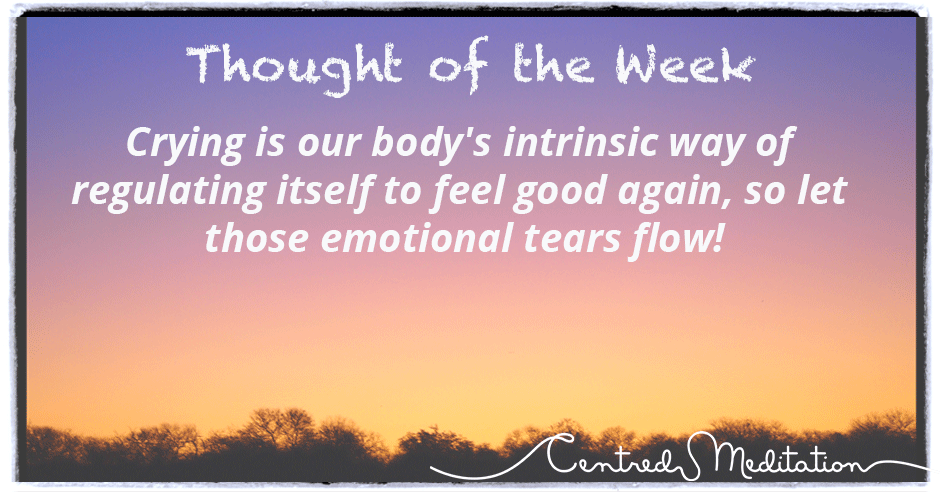 Did you know that humans are one of the few animals that have evolved the ability to cry tears in response to emotional distress? This lends itself in favour of the argument that it must have an evolutionary value if it has survived the test of natural selection for so many years. Although nothing is completely certain as of yet, research has indeed given us some promising indicators that it is indeed biologically beneficial to cry.

First of all, let’s get straight on which tears we are referring to. There’s more than one type of tears? Yes! There are actually three distinct types of tears: reflex, continuous, and emotional. Reflex tears help flush out foreign irritants, continuous tears as the name suggests keep our eyes continuously lubricated and protected, and emotional tears (the tears in question) occur in response to stress, frustration, sadness, or happiness and are produced in such large quantities that they overflow, overwhelm the nasal canal of the tear duct and fall down our cheeks.

Interestingly enough, research has shown that the chemical composition of the various types of tears is different. Reflex and continuous tears contain 98% water, as well as some lipids, proteins, and a chemical called “lysozyme” which functions as an anti-bacterial that protects our eyes from infection. Emotional tears, however, have a slightly different make-up. They contain higher levels of manganese and potassium which are essential nutrients, serotonin – the feel good hormone, as well as the neurotransmitter enkephalin which is an endorphin and a natural painkiller, and excess stress hormones (such as Prolactin and ACTH) that have accumulated in the body during the emotional episode, and then get a chance to be released during the out pour.  So there is a pretty convincing case for the theory that emotional tears may be our body’s method of getting itself back into balance after a stressful incident. Pretty cool, huh?! What’s even cooler is that studies indicate that 88.8% of people feel better after they cry which definitely supports this theory. So the next time you feel your eyes welling up, instead of struggling to suppress those tears, let them flow to support your body giving itself a metaphorical hug to make you feel better 🙂

Here are some more fun facts about crying: