An Epidemic of Time Poverty 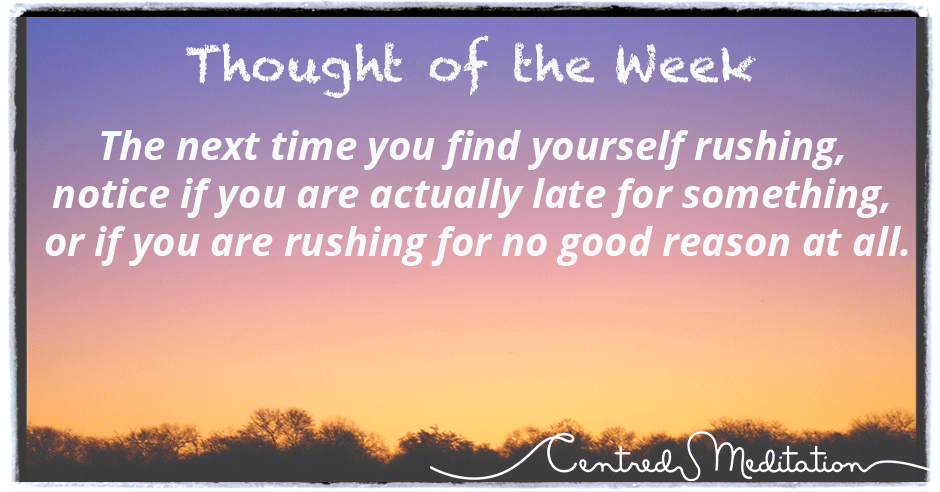 We are currently suffering from an epidemic of time poverty. It seems that the richer we are in dollars, the poorer we are in time. We wear busy as a badge of honour and many of us are suffering from ‘hurry sickness’ as a result. ‘Hurry sickness’ is a disorder defined as “a behavior pattern characterized by continual rushing and anxiousness; an overwhelming and continual sense of urgency”, or “A malaise in which a person feels chronically short of time, and so tends to perform every task faster and to get flustered when encountering any kind of delay.”

It seems that the busier we are, the sicker (medically, this time) we are too. It’s no secret that living in a constant state of fret has detrimental consequences on our health and wellbeing. According to social psychologist Dr Robert V. Levine, in cities with the highest pace of life, men have the most coronary heart disease.  The bad news is, it is only getting worse. A USA Today national survey revealed that the vast majority of Americans feel they are busier this year than last year and they were busier last year than the year before.

The thing is though, busy-ness does equal hurriedness, so this begs the question, why are we always in such a hurry? The answer is, it’s not about how much time we have or don’t have, as much as how we perceive it. For the last few centuries, time has been understood in relation to money. Since hours are financially quantified, time is considered valuable, and thus scarce. The sad fact is, when we earn more money to spend, we don’t actually earn more time to spend it in too. So understandably, we worry when we ‘waste’ time, when we ‘run out’ of time, and when time passes too quickly.  After all, time is a finite, unrenewable resource. Indeed, we should use it wisely.

Again though, it is possible to be busy, without actually feeling rushed. Sociologist John Robinson says that according to his research, the people who report being the happiest (about 8 to 12 percent of Americans), say that they “almost never feel rushed, but they do not have time on their hands that they don’t know what to do with”. So perhaps rushing is a state of mind, and a choice.

We encourage you to notice how often you find yourself rushing, with no good reason to do so. Research from Google shows that people visit websites less often if they are more than 250 milliseconds slower than a close competitor, and more than a fifth of internet users will abandon an online video if it takes longer than five seconds to load. Yes, those five seconds are valuable, but so is your health! Try choosing not to rush if it isn’t a necessity. And here’s a suggestion for what you can do in those five seconds: just breathe!